Patron Saints for Your Workouts

Have you ever struggled with motivation when it comes to your fitness journey? Thankfully, the Catholic Church offers us the greatest examples of courage: the saints.

Have you ever struggled with motivation when it comes to your fitness journey? Does the allure of the snooze button or a Netflix binge-session often win out over your daily workout? Have you ever found yourself making excuses as to why you shouldn’t exercise today?

Pursuing health and wellness requires perseverance, discipline, and sacrifice. In short, it requires courage, and courage is not always easy to come by.

Thankfully, the Catholic Church offers us the greatest examples of courage: the saints.

Throughout the history of Christianity, holy men and women have overcome great difficulties for the Kingdom of God, not only with spiritual persistence, but also physical endurance and strength.

Check out these five saints who glorified God through their bodies, minds, and spirits and who can help you do the same (especially at that 5 am wakeup call).

St. Sebastian was an early Christian saint and martyr. He was one of the captains of the Praetorian Guards, responsible for protecting Emperor Diocletian, a great persecutor of the Christians.

When he was reported to be a Christian, the Emperor had Sebastian used as target practice. Despite arrows piercing his body, Sebastian survived the first attempt at martyrdom (though he was later killed for his faith). He is considered the patron saint of athletes because of his great physical endurance.

Joan of Arc was a French peasant girl who turned the tide of the Hundred Years War. When she was 12, Joan had visions of St. Michael the Archangel, St. Catherine of Alexandria, and St. Margaret of Antioch who told her that she was meant to help Charles VII ascend the throne as the rightful king of France.

She joined the army and led French troops against the English, helping them to recapture the cities of Orléans and Troyes. She became known as the patroness of soldiers for her incredible faith, bravery, and strength.

One of the miracles associated with St. Hyacinth, a Polish Dominican priest and missionary, came about from a Mongol attack on Kiev. As his brothers prepared to flee the invaders, Hyacinth went to save the ciborium containing the Blessed Sacrament from the monastery chapel, when he heard the Blessed Mother, asking him to take her as well.

Despite the statue weighing more than he could ordinarily hold, Hyacinth lifted the large, stone statue and carried both it and the ciborium to safety. So, you might think of him as the (unofficial) patron of weightlifting.

St. Gianna Beretta Molla, a 20th-century Italian wife, mother, physician, and saint. During her fourth pregnancy, a tumor was discovered on her uterus but removing it would have killed the child. She refused to terminate the pregnancy and ultimately gave her life for her child.

This brave woman dedicated both her professional and personal life to caring and protecting the life and health of others. She was also a lover of adventure and enjoyed skiing and mountain climbing.

The Polish-born Pope spoke often on the importance of sports on the spiritual development of young people and delivered a series of 129 lectures on the integration of the body and spirit called the Theology of the Body.

He was also an avid skier, hiker, athlete who, during his pontificate, even had a swimming pool installed at his summer residence to help him stay physically fit. He can show you how to turn your physical activity into a prayer.

So next time you are struggling to find the motivation and courage needed to commit to your health and fitness journey, invoke the intercession of these holy men and women (or any of these other great saints).

Every class offered by Pietra Fitness has a unique patron saint who can accompany you as you strive to glorify God with your entire being.

A Catholic's Guide to Holy Week

Part of the beauty of the Catholic Church comes from the richness and significance of our traditions, especially in the days leading up to Easter.

This season of Lent provides us with an opportunity to contemplate God’s mercy, most perfectly revealed and made present to us in Jesus Christ.

Postures of Healing in the New Year

If we really want to change our lives, habits, and health, we must not only pay attention to our interior disposition, but bodily as well. 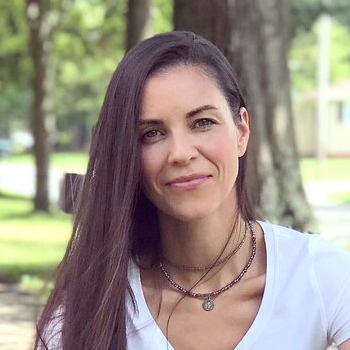